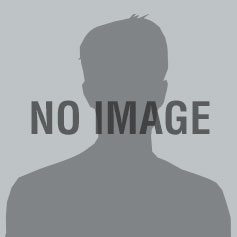 Barry was born and raised in Catahoula Parish Louisiana near Lake ST. John. He is the 4th generation owner of the 500 acre family farm. He graduated from Louisiana Tech University in 1970 with a B.S. Degree in Agricultural Business and then spent 14 years with Production Credit Association making agricultural loans in Concordia and Catahoula Parish. From 1984 to 1987 he was in ag equipment sales with Ferriday Farms Equipment. In January 1988 he went to work for Federal Land Bank of Jackson just prior to it going into Receivership. Here he was responsible for selling distressed farm properties located in central and northwest Louisiana. From Oct. 1990 until January 2008, Barry served as Vice President and Agricultural Lender for Britton & Koontz Bank.

Barry is also a 1983 graduate of the Missouri Auction School and is presently licensed in both Louisiana and Mississippi. He is a member of both the National Auctioneers Assoc. and the Louisiana Auctioneers Assoc. He has completed the three year Certified Auctioneer’s institute program at the Indiana University campus. The CAI designation is considered to be the equivalent of a masters degree in auctionering. His main concentration has been on benefit auctions for such organizations as Ducks Unlimited, the NRA and the National Wild Turkey Federation.

Barry presently serves on the 5th Louisiana Levee District Board, a position he has held for over 30 years. He is also a past president of the Ferriday Rotary Club where he has been a member for the last 35 years. He has been married to Anne Hall for the last 48 years and they are the parents of Elizabeth Williams and Mitchell Maxwell, who have provide six grandchildren.